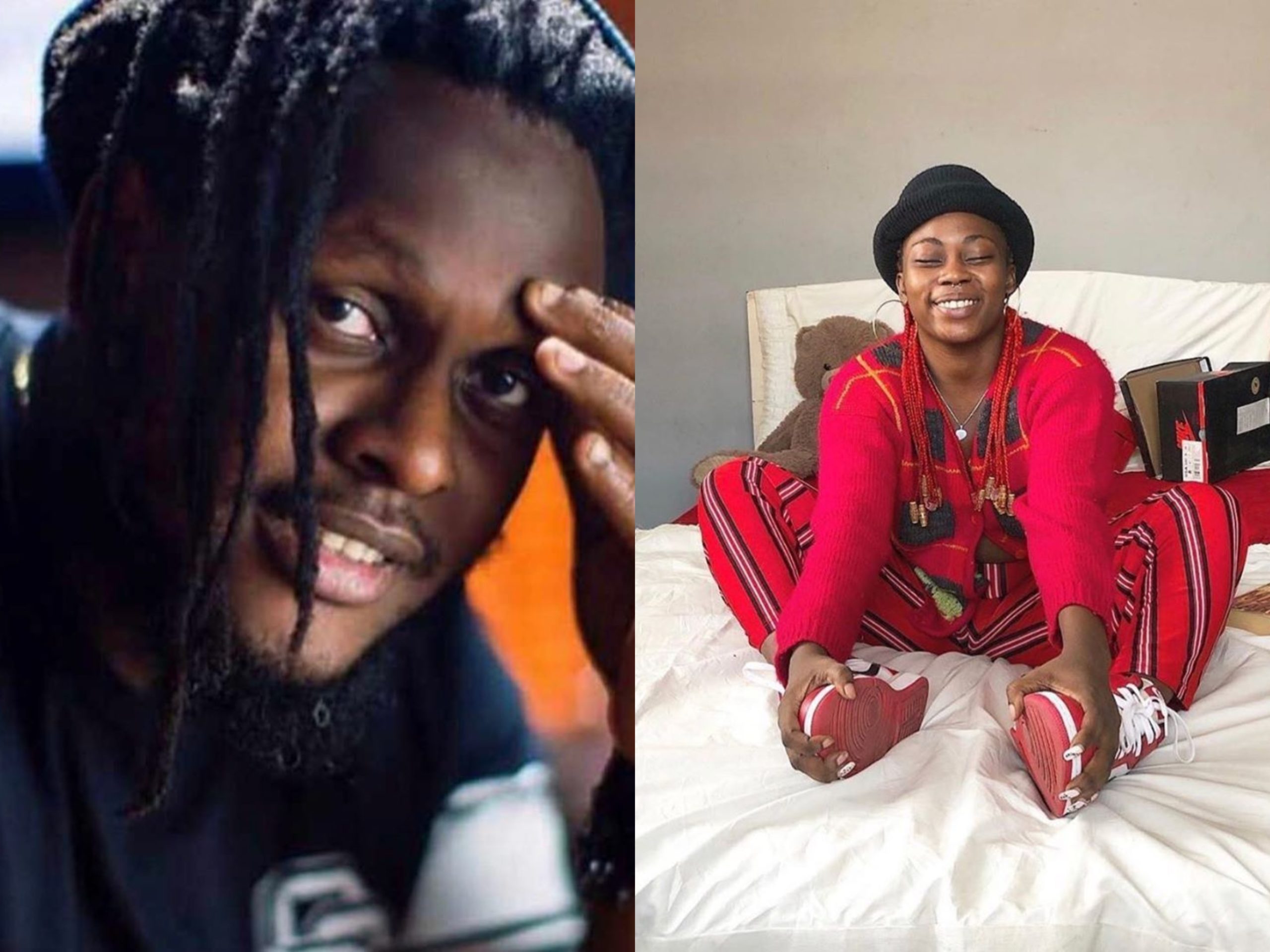 Kodak sadly passed away on Wednesday, April 29. It was reported that the dancer was electrocuted while charging her phone at a dance studio on the premises of Capital Dreams Pictures, after which she collapsed and was later confirmed dead when rushed to a nearby hospital.

Contrary to reports of the music director’s arrest, he shared on his personal Instagram page “that no one has been charged or arrested, by the Police. The witnesses and I willingly made ourselves available to the Police and we have all pledged our full co-operation, through every part of this process. I will be helping out in every possible capacity”.

This is also in relation to a statement shared by his girlfriend, Jennifer Alegiuno, on her Instagram page.

Read what she wrote below: 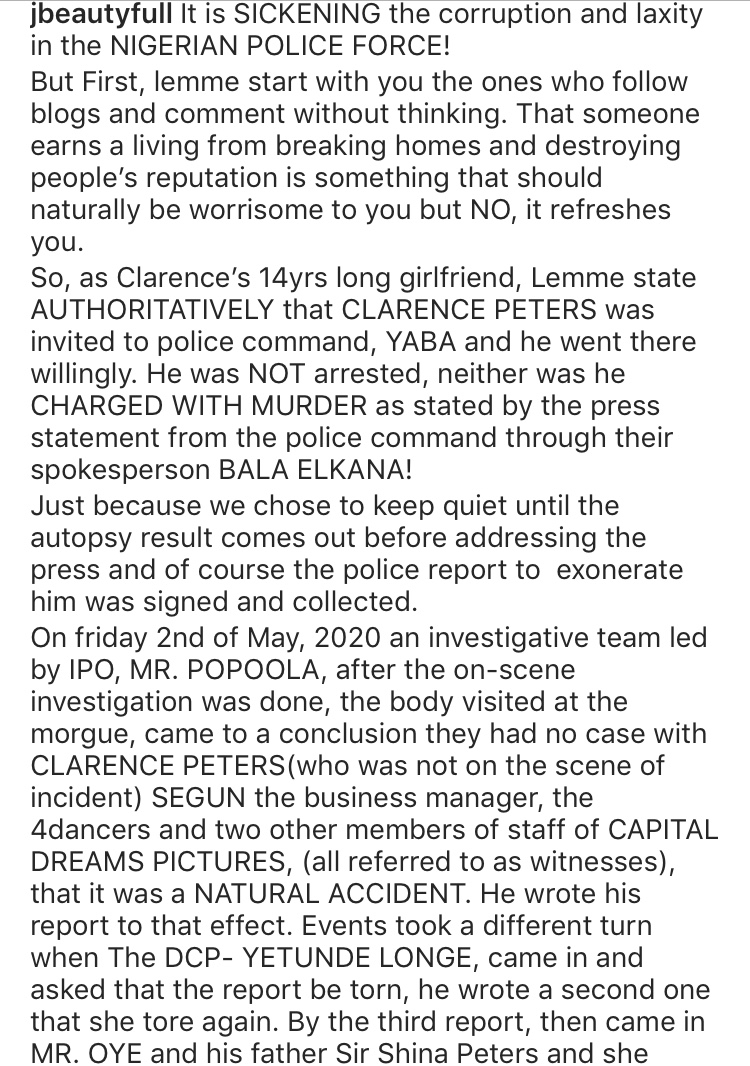 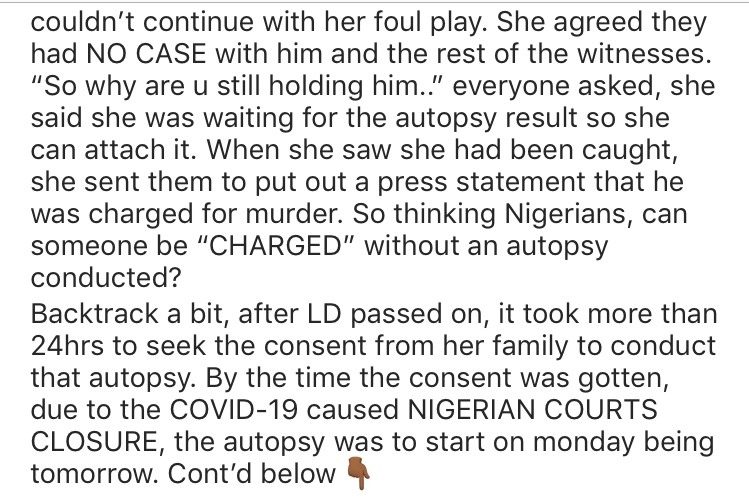 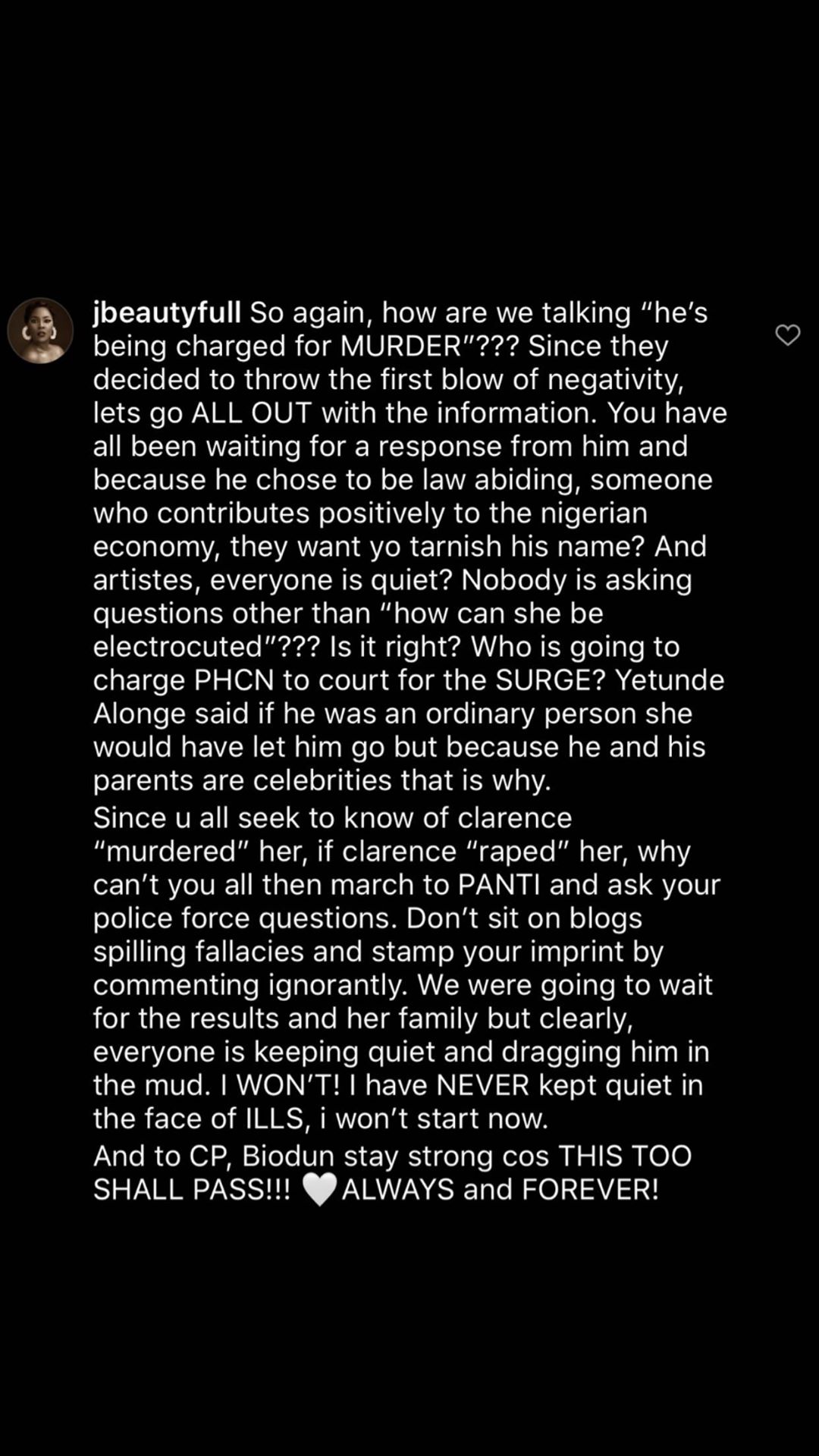 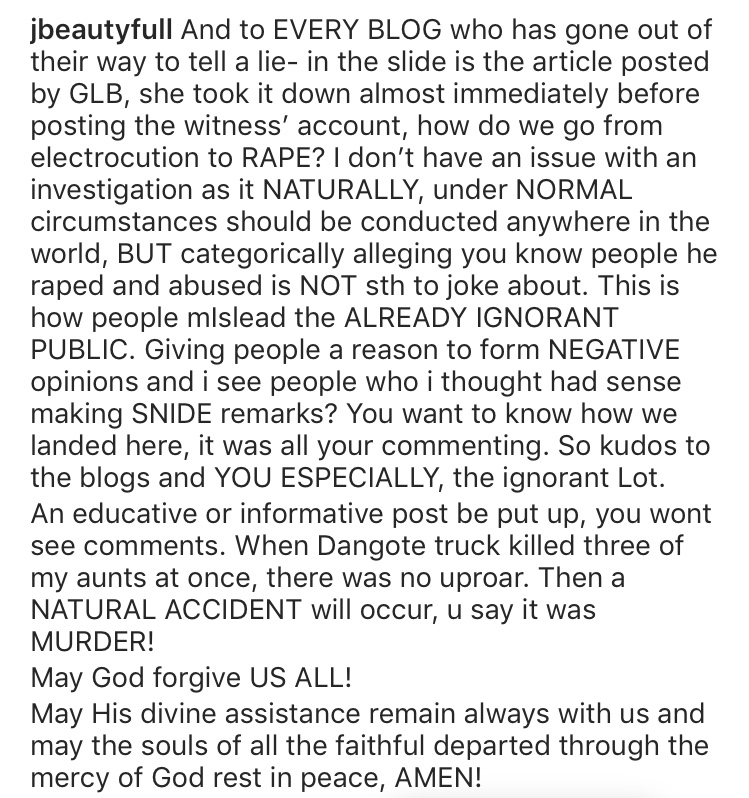 On the 29th of April 2020, Love Divine Ike (Picture Kodak) was in the dance studio, on the premises of Capital Dreams Pictures, with 5 other team members and myself – 7 people in total.

At about 7:30 pm on the same day, while in another office – a building beside the dance studio, on the same premises, some people who were said to be with Love Divine at the time, rushed in and called my attention to the fact that Love Divine had collapsed.

We immediately rushed her to the nearest hospital, which refused to let us into their premises, let alone admit her. They assumed she was a Covid-19 patient.

We tried, but we were not able to gain entry into a second hospital. We eventually got her to a third hospital where she was pronounced dead 30 minutes after arrival. I was not physically in the same room as her when the incident occurred, and when I inquired, I was told by those present at the scene that Love Divine, while taking a break from the dance session, was sitting on one of the metal sliding door rails, charging and using her phone plugged to an extension box.

The witnesses didn’t realize anything was wrong, until they saw she had laid down, and they noticed smoke coming from her chest area. She was said to be electrocuted, her phone was found on her chest, with severe burn marks, and the phone’s imprint on her chest.
The witnesses were taken to the Ojodu Police Headquarters straight from the hospital where statements were taken and the phone (which had traces of burnt flesh on it) was deposited.

The following day, the Police conducted an examination of the body and were taken to the scene of the incident for further examination. The Police are currently carrying out a full-scale investigation into the events that occurred, and an autopsy will be carried out, with the full permission and consent of her family.

Please note that no one has been charged or arrested, by the Police. The witnesses and I willingly made ourselves available to the Police and we have all pledged our full co-operation, through every part of this process. I will be helping out in every possible capacity.

Love Divine and the entire WestLifeCrew was a huge part of Capital Dreams Pictures, and losing her hurts us all deeply. She was an exemplary person, and a legend in her own rights. We will miss her very much.
Words will never be enough to describe what her family is going through in these things trying times. My thoughts and prayers are with them, and I ask God to grant them all the strength & fortitude at this time.
This is a truly difficult time for us all, and we’re asking for a lot of patience and goodwill from the general public, in these difficult times.
May God help us through this.

Julia Fiona Roberts never dreamed she would become the most popular actress in America. She was born in Smyrna, Georgia, to Betty Lou (Bredemus)

View all of Julia Roberts's posts.